He’ll be directing and performing in One-Eighth theater’s next project, written by José Rivera, at INTAR Theatre. This project was selected for The Orchard Project 2015 which took place in Saratoga New York this past June. Daniel is currently a full time Visiting Assistant Professor at Bilkent University in Ankara, Turkey, where he recently directed and conceptualized  Mouthgasm. Directed and performed in the critically acclaimed production Teach Teacher Teachest and UBU (Time Out New York Critics Pick) at INTAR Theatre. Directed An Italian Staw Hat at Folkwang University and MASCHINENHAUS Essen, Germany.  Directed and performed in CHO H CHO and Woyzeck at MABOU MINES RAP 2008 and 2010. Has performed at BAM; the Metropolitan Opera; with Lone Wolf Tribe; and with the Windmill Factory  in Cartagena, Colombia.  Has offered acting seminars and workshops throughout Asia, Europe, and America. He holds an MFA from Columbia University and a BA in Drama from the University of Puerto Rico (beca presidencial). – danielirizarry.org 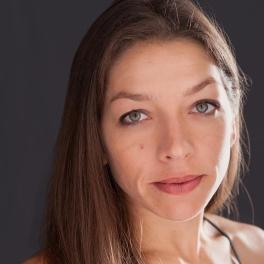